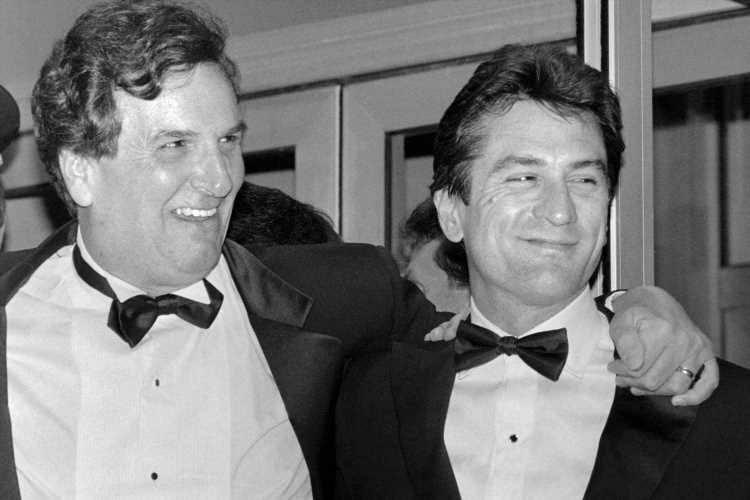 Aiello died Thursday night at the age of 86.

De Niro honored Aiello in a statement obtained by PEOPLE, saying, “I am very saddened to hear of Danny’s passing. I have known him for almost 50 years. I am sad.”

He added, “See you in Heaven, Danny.”

Aiello, who also starred in Do the Right Thing and Moonstruck, died at a medical facility in New Jersey, TMZ reported. According to the outlet, he was in the facility being treated for a sudden illness and had suffered an infection related to his treatment.

“It is with profound sorrow to report that Danny Aiello, beloved husband, father, grandfather, actor and musician passed away last night after a brief illness,” his family said in a statement to PEOPLE. “The family asks for privacy at this time. Service arrangements will be announced at a later date.”

He received an Oscar nomination for Best Supporting Actor for his role in Spike Lee’s Do the Right Thing. In the movie, he played the character of Salvatore “Sal” Fragione, the owner of a pizzeria in Brooklyn.

Several other stars remembered Aiello, including his Moonstruck costar Cher who tweeted, “Goodbye Dear #DannyAiello  Danny was a Great Actor, But a Genius Comedic Actor.We Laughed so much. Making #Moonstruck. It was one of the happiest times in my life,& He Was apart of that Happy time. Goodbye #JohnnyCammareri Loretta.”

The actor is survived by his wife Sandy Cohen, whom he married in 1955, and three children. His son, Danny Aiello III, died of cancer in 2010.