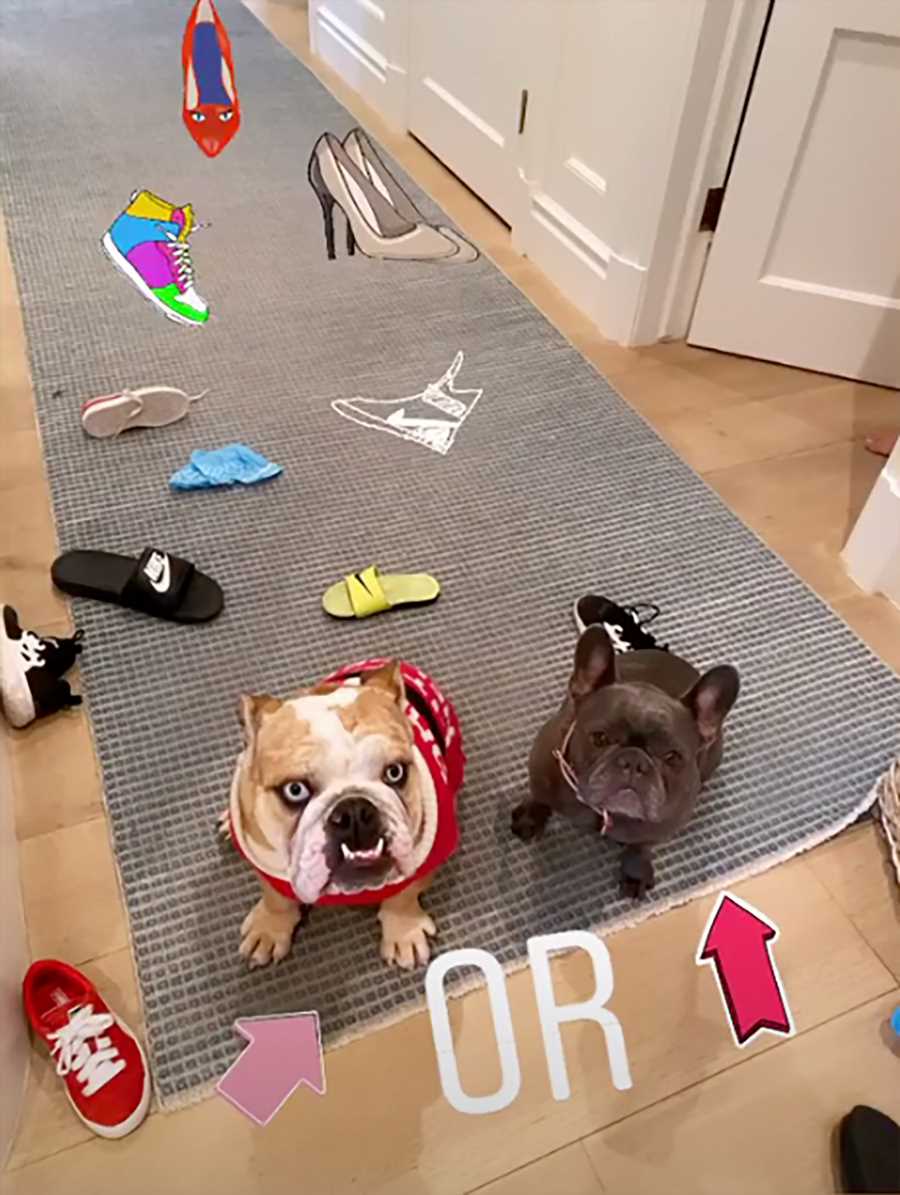 One of Reese Witherspoon‘s beloved dogs got into a little bit of trouble on Thursday when the actress confronted the pooch after snacking on some of her shoes.

The hilariously cute ordeal was documented on 34-year-old star’s Instagram Stories, where she posted a photo of her two bulldogs, Lou and Pepper, surrounded by various sneakers and slides. Along with the picture of the pups, Witherspoon shared a poll asking her followers who they thought was the canine culprit behind the mess.

“Which one of you guys ate all the shoes?” she asks the two dogs in an accompanying video. “Pepper, was it you?”

“Lou, did you eat all the shoes?” she continues.

After a firm questioning of her pets, Witherspoon then shared a clip of the dog who she suspects had chewed her shoes.

In the short clip, her blue-eyed bulldog Lou can be seen in a deep sleep and snoring on a dog bed.

“Shoe coma,” the Academy Award winner wrote, suggesting that the pup was the offender.

This was not the first time Lou got into some of Witherspoon’s things. In October, the Big Little Lies actress — who also owns a brown Labrador named Hank — shared to fans that she had to confront Lou after she spotted the dog chewing on her rug.

“Guilty,” Witherspoon wrote over an snapshot of Lou sitting on top of the rug that she shared on her Instagram Stories. “#LoutheBulldog,” she added.

However, the pooch quickly won the mom over with his puppy dog eyes.

“But I forgive him…” she wrote over an additional shot of Lou — still on the rug.

Witherspoon welcomed Lou into her family in June, introducing the dog on Instagram with a series of videos and photos. The addition of Lou came almost two months after the death of Witherspoon’s dog Nash in April.

Aside from her fur babies, Witherspoon is mom to daughter Ava Elizabeth and son Deacon Reese with ex-husband Ryan Phillippe. She also shares son Tennessee James with husband Jim Toth.

Posted by mediaadmin at 3:37 AM