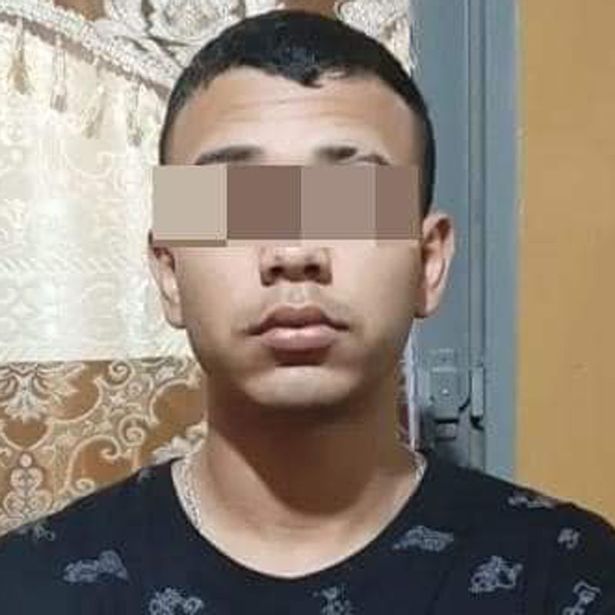 The suspected killer of a British millionaire businessman in Argentina has been arrested as he tried to flee the South American country, say police.

The 21-year-old baby-faced Venezuelan was held on a long-distance coach in Salta, more than 1,000 miles north-west of the capital Buenos Aires, where Matthew Gibbard was shot dead on Saturday

The suspect, named locally as Angel Eduardo Lozano Azuaje, nicknamed Cachete, was trying to flee into neighbouring Bolivia, according to police.

Officers are understood to have stopped the bus in the province of Salta so they could make the arrest once the operation had been given the green light by investigating Judge Yamile Bernan.

Have you been affected by the incident? Email [email protected] The information on the suspect’s likely whereabouts is said to have come from his girlfriend during a police interrogation.

The key arrest brings the number of people detained following the killing of Mr Gibbard, 50, outside a luxury Buenos Aires hotel to five.

Mr Gibbard was shot in the chest by armed robbers during a tussle outside the £350-a-night Faena Arts Hotel as he arrived with his family from the airport for a Christmas break. His stepson Stefan Zone, 28, is recovering in hospital after being shot in the leg.

Authorities said on Monday they had identified Mr Gibbard’s suspected killer as they confirmed four men were already in custody.

They included three Argentinians accused of supplying the armed robbers with the cars and motorbikes they used for their crimes and the Venezuelan owner of a red Ford Fiesta which acted as a support vehicle during Saturday’s assault. The gang behind the attack on Mr Gibbard and his stepson have been linked to other crimes including the mugging of another British tourist last Friday in the upmarket Buenos Aires neighbourhood of Palermo.

Police said on Monday the criminals used the same modus operandi of targeting wealthy holidaymakers at Ezeiza International Airport wearing expensive watches and following their taxis to the city centre so they could strike.

Argentinian president Alberto Fernandez has described Mr Gibbard’s murder as “atrocious” and urged the police on Sunday to be “inflexible” in hunting down the culprits.

Diego Santilli, vice-president of the Buenos Aires City Government, told a press conference on Monday everything was being done to make sure those responsible for the attack on the Brits “felt the full weight of the law and received the maximum punishment.”

He said: “Loss of life is something that cannot be repaired, it’s irreparable. But if there’s an area where we can work, it’s to make sure there’s justice.

“Justice is something we have to make sure is done.” He had travelled to Argentina for a Christmas break with his mum and wife, as well as Mr Zone and his stepson’s wife and brother.

He is thought to have arranged the holiday with a UK tour company, which then hired a local firm for the airport transfer between Ezeiza, a 40-hour drive from the centre of Buenos Aires, and their hotel.

Mr Gibbard lived with his wife Suzanne, 52, at a Manor House in the village of Lowick near Kettering, Northampton.

His firm Tingdene turned over £20million this year, according to Companies House.