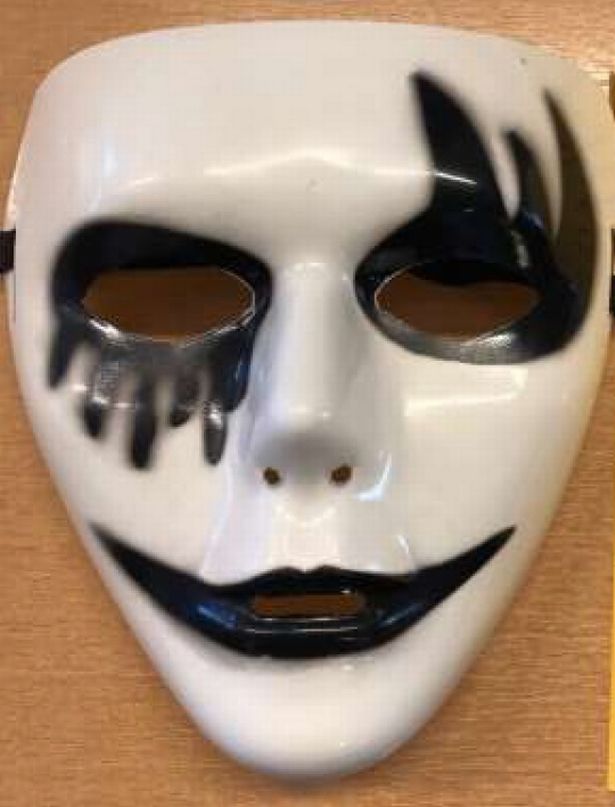 A heroic teen has been recognised for his bravery after he tackled a masked man with a knife and pinned him to the ground until police arrived.

Mathieu Lucas was wearing a hooded black jumper, balaclava while brandishing the 12-inch blade a park in Salford, Greater Manchester.

During the incident, Lucas approached a group of boys at park, and told them: "I will slit your throat and kill your whole family."

But he was stopped in his tracks thanks to the brave actions of 18-year-old student Callum Matts who risked his life by confronting Lucas and tackled him to the floor.

Callum has now been recognised for his bravery by Greater Manchester Police following the incident at 1am in Cadishead Park, Salford, April 21, reports the Manchester Evening News .

Callum was sat on a bench with two of his friends when they spotted Lucas running towards them.

As Lucas, 25, swung his blade towards Callum's abdomen, he was able to block the move and Lucas fell to the ground.

His courageous friends then stood on Lucas' wrist and prised the knife out of his hand.

Callum managed to pin him down and phone police who rushed to the scene.

It was then that Lucas made a chilling threat, by saying: "When I get out I will find you, I will slit your throat and kill your whole family."

A court previously Lucas had already approached and terrified three young girls, all between the ages of 14 and 16.

Lucas had also been seen holding a 'small black gun' and pointing it towards people which later turned out to be a fake.

Callum, a University of Chester student, from Manchester, has now been presented with Greater Manchester Police's District Superintendent's Award for Bravery after his heroic actions that night.

"I remember we were just chatting and listening to music when one of my friends said he saw a weird looking man," Callum said.

"I turned around to see a man dressed all in black, wearing a clown mask and holding a big kitchen knife.

"The park was dimly lit and visibility wasn't great. Then the man started running towards us."

He added: "I managed to get my legs from under the bench and get to my feet when he swung the blade towards my abdomen.

"I reacted instinctively and grabbed the arm that the knife was in and tackled him to the floor."

Callum said he was hit by an adrenaline rush, which made him feel 'quite calm' in the moment.

It was only a few hours after his ordeal that he realised the gravity of what he had been through.

"It hit me later that the situation was very serious, because I had no time to think about it as it all happened so quickly.

"A young man came up to me afterwards and said: 'You didn't have to do that – you saved my life.'

"Apparently he had been threatened by the man before he encountered us – it was quite hard hitting to say the least."

"Thinking only of those around him, he took control of the situation and safely detained the male, ensuring he couldn't cause any harm to anyone.

"He instructed those present to call the police and remained at the scene until officers arrived and arrested the male.

"This was an incredibly serious and violent incident and as a consequence the offender received a significant custodial sentence."

Lucas, of Cadishead, Salford, is currently serving a jail term of two years and four months after he pleaded guilty to possessing an imitation firearm with intent to cause fear or violence; and to threatening with a blade.

Posted by mediaadmin at 1:07 AM