When Pat Goodwin brought an acoustic guitar onstage at a sold-out Great Grandpa show in Brooklyn this past fall, one audience member responded by shouting “Free Bird!”

Acoustic guitars are still somewhat of a novelty at Great Grandpa shows. The quintet, which formed in Seattle in 2014, have spent the past few years expanding upon, if not quite discarding, their early grunge-garage associations. With Four of Arrows, their remarkable second studio album, they deepen the four-chord feedback-pop of their 2017 debut, Plastic Cough, into a more contemplative, textured folk-rock in the vein of artists like Big Thief and (Sandy) Alex G.

“I think we felt obliged to operate within this paradigm: This is who we are, we’re a garage rock band, we play in basements and we have loud amps,” Goodwin says. “But suddenly, once that happened, it was like ‘Well, this is our real band, and now we have this platform. What do we actually want to make?’”

The band, comprising Goodwin, Menne, Cam LaFlam on drums, Dylan Hanwright on guitar, and Carrie Goodwin (currently on touring hiatus as she finishes school) on bass, worked hard on Four of Arrows, often building out songs with multiple distinct parts and melodic structures. The foursome spent the majority of a recent interview after their show in Brooklyn dissecting the intricacies of that process: explaining how fragments of verses and bridges from various voice memos ended up getting rejiggered and combined into the 11 songs that make up the album. 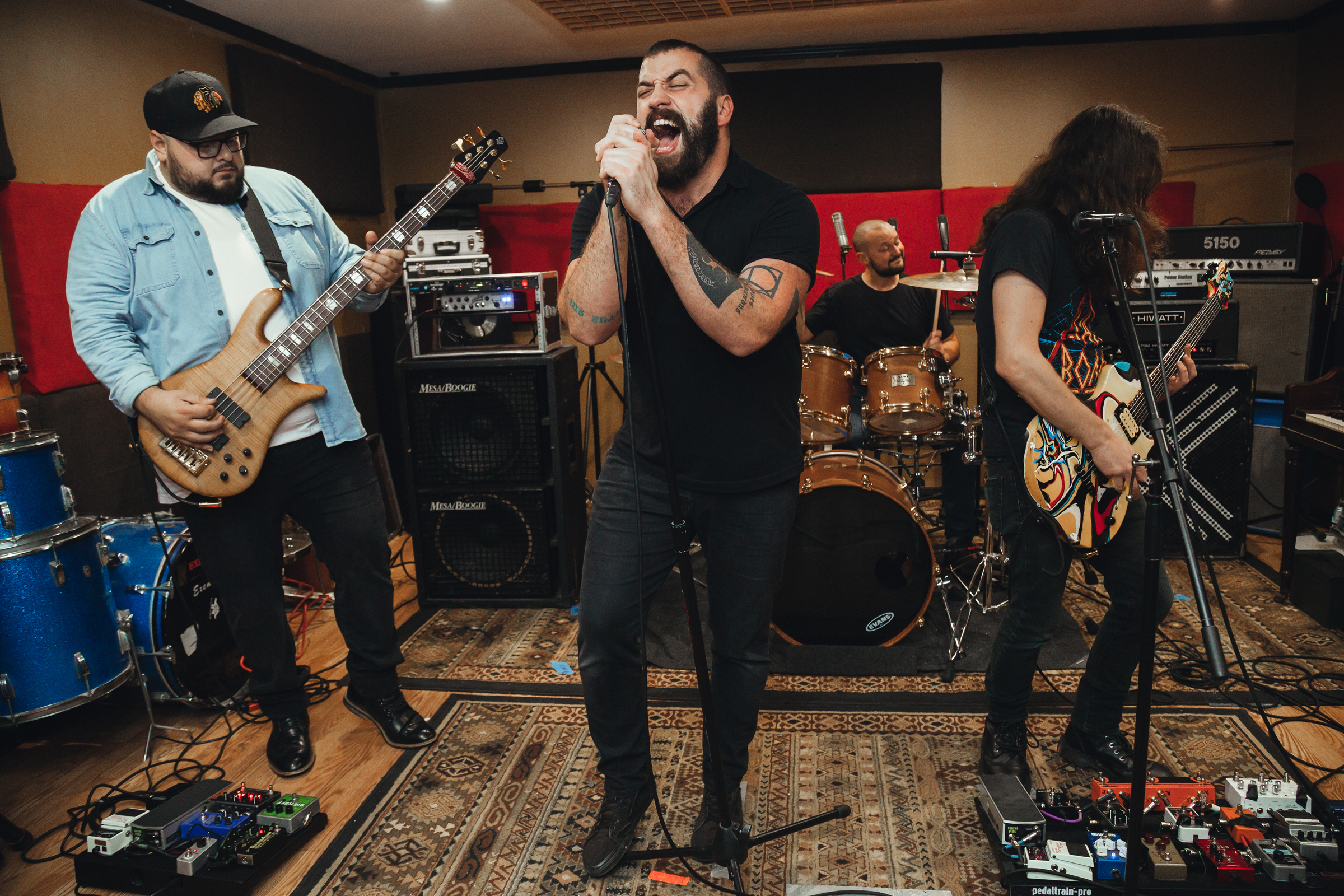 How Vagabon Found Her Voice in a Suburban Costco 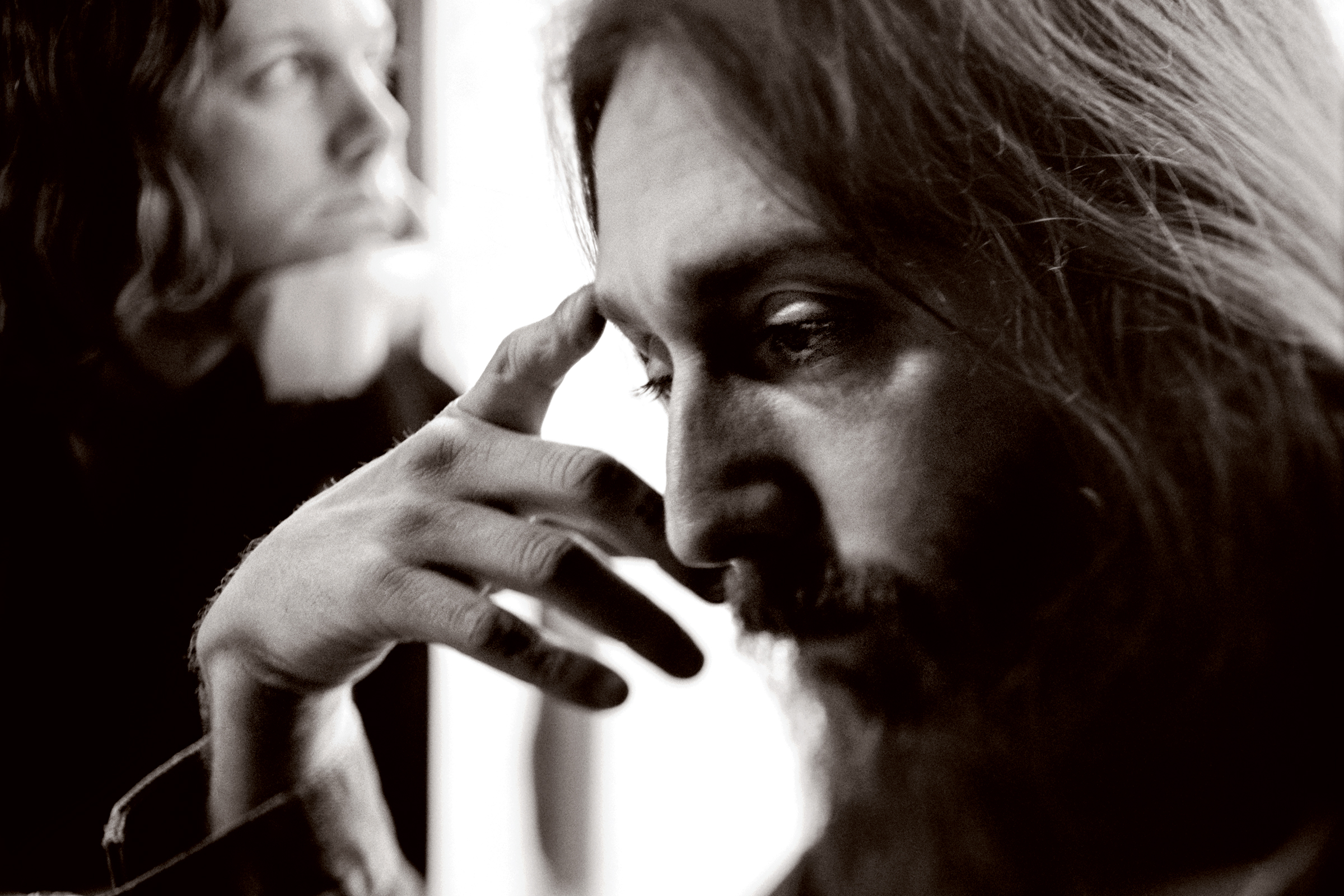 War of the Crowes

“It was like one of those YouTube videos where someone is painting something, and you’re not sure what they’re painting,” Hanwright says of the recording process with producer Mike Davis. “And they’re rotating the canvas and you’re like, ‘What the hell is happening?’ and then all of a sudden they rotate the canvas just right, and the painting is done, and all of a sudden the vision becomes clear, and it’s like, ‘Whoa.’”

Part of what further distinguishes and complicates Great Grandpa’s working process is that each band member contributes lyrics to Menne, who then interprets the songs as the group’s frontperson. Before that happens, there are extensive conversations about each song’s meaning and inspiration; the process of internalizing another person’s narrative can be intense. 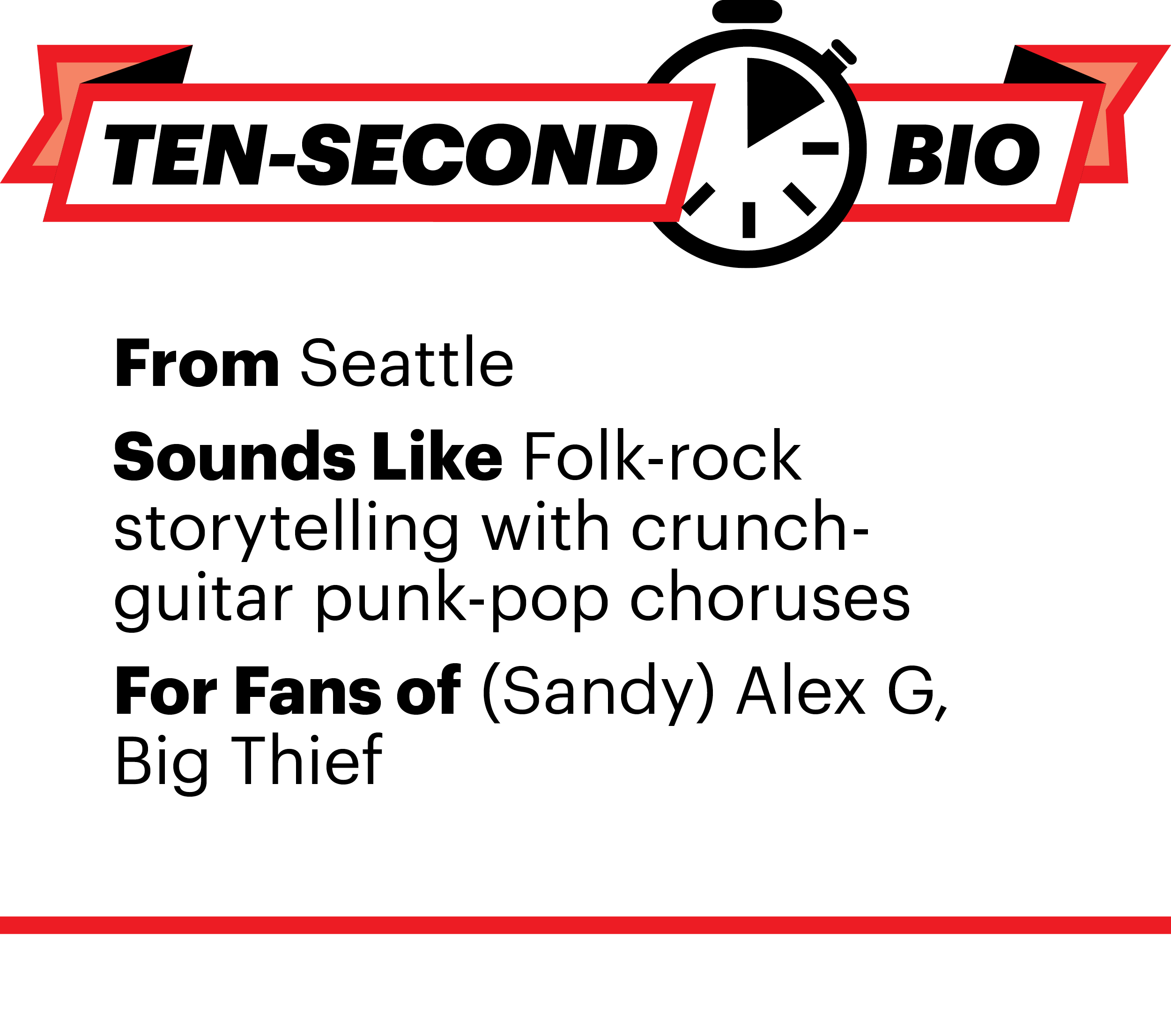 “It’s emotionally challenging, but also emotionally very rewarding,” says Menne. “There’s a total lack of self-consciousness, where you’re like, okay, I can see this song for what it is instead of being like, ‘Does this thing that I made myself suck?’ But it is also really challenging just to get into that headspace. For this album, I was allotted a very safe space to just do what I needed to do to get into the zone. There was a lot of crying in dark rooms in the studio.”

The first show Great Grandpa ever played was Halloween 2014, at a friend’s house where several bandmates had previously lived in in Seattle. The band was supposed to be a side project: Hanwright and Pat Goodwin had been in another band they describe as “loud, noisy” and “overwrought,” while Menne had been playing “annoying sad folk music in my bedroom.”

Great Grandpa was something different. Early songs like “Cheeto Lust” and “Mostly Here” were unadorned, hook-filled, lo-fi power-punk. “It felt so refreshing to play in a band where you could come to the practice space and everyone could learn the song in one day,” says Hanwright. ”Just simple pop music. It felt like this breath of fresh air.”

But after releasing Plastic Cough (with its irresistibly catchy single “Teen Challenge”), the band quickly grew wary of being tagged with contrived labels like “bubblegum grunge.” “I hate that phrase so much,” says Menne. “I literally despise it…I know people who use it to describe themselves, and that’s totally cool. But I just feel like when it’s that rock critic voice using it, it seems very condescending — like, ‘Oh, your voice sounds like a lady.’”

“We’ve never subscribed to grunge, but we’ve gotten that label our entire existence,” says Goodwin. “I’m convinced it’s only because we’re a rock band from Seattle.”

“Well, we did label ourselves ‘grunge-pop snack-rock’ for a while,” adds Menne.

Within moments, the band steers this heightened conversation about labels and genre into something more up their alley: “AC/VC”, one of their favorite YouTube mashup videos, which merges Vanessa Carlton’s “A Thousand Miles” and AC/DC’s “Back in Black.” (“We used it once as our walkout song,” says Goodwin).

Eventually, Hanwright reworked “Treat Jar” into a moving pop-punk anthem about the crushing demands of working service jobs. “Bloom,” meanwhile, which features the instant-classic opening lines, “I get anxious on the weekends/When I feel I’m wasting time/But then I think about Tom Petty/And how he wrote his best songs when he was 39,” also began as a song about Willie (“He’s a good boy on the weekend,” etc.).

“All the songs are secretly about Pat’s dog,” jokes Menne. Goodwin came up with the Petty line later on, as a lark, before recording a rough demo. He wrote the song’s semi-nonsensical chorus — “Step into whatever you want to/And let your spirit bloom” — simply because he loved the way the words sounded. (Afterwards, he sent the chorus to his friend Isaacc Reiger of the band Strange Ranger with the note, “Yo I know you like Third Eye Blind; Do you like this chorus?”)

As the band moves forward with Four of Arrows, they’ll continue figuring out how to break out acoustic guitars without “Free Bird” heckling at future shows. “We’ve definitely had conversations about wanting to break out of the emo world, so to speak,” says Menne, “and gear more towards the, I don’t know what you would call…”

“It’s less trying to fit into a world, and more just getting out of a constraint of playing only with loud, all-dude emo bands,” says Hanwright. “It’s more about a world where we can do our own thing and just be ourselves.”

“Step into whatever we want to?” says Menne.