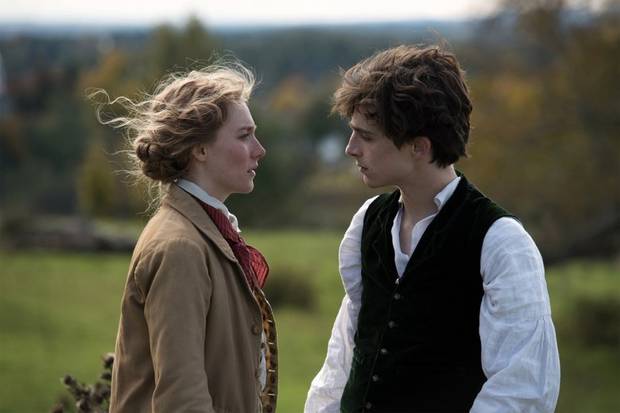 Saoirse Ronan may be moving back to Dublin after having sold her home in Co Wicklow – but the one place you definitely won’t see her is on the 18.05 Dart to Howth.

The Lady Bird actress has said the instant recognition from fans has meant she can no longer catch the city train.

Speaking to the The Daily Telegraph, she said she can’t take the Dart any more because “I get a bit panicky”. If she could, she says, she would prefer not to get any more famous than she already is.

In the interview, the Oscar-nominated star credited her mother Monica with keeping her feet on the ground. Monica accompanied her to all her films until she was 19, keeping her out of harm’s way. Although she’s a level-headed person, Saoirse said: “I am a worrier, though, I’ve been like that since I was a kid.”

But given that her parents “had been through the highs and lows of the acting industry” she says they weren’t “fazed by the glitz and glamour or power”.

Of her mum, she says proudly: “She doesn’t care about any of that.”

It helped her to grow up “not being blinded by all the other gubbins”. An only child, Ronan was born in New York after her parents had moved to America in the 1980s to find work. Her father, Paul, was working in a bar when he was approached by an Irish actor, “who saw how chatty and charismatic he was – and suggested he audition for a play he was doing”.

Her mum offered her full support and encouraged her husband, saying: “What have you got to lose? You’re in New York.”

Saoirse (25) started acting when she was nine and her big break came on a trip to work with her father.

Her father was on a set where they needed a child for a TV series he was in – and Ronan just went along. She never went to drama school or had any training, but several appearances in films followed. The award-winning actress describes that when she was still a child in the movie industry she would often end up heartbroken at the end of shoots after bonding with fellow cast and crew members.

She said: “I was in despair. I just couldn’t get it out of my head. Even though I was going straight on to make another film.

“It is quite an intense thing even now, when the film wraps, but when you’re a kid it was devastating. I thought I would never see these people again.”

She added: “My mam would say, ‘You’ll see them again, you’ll do another job and feel the same way about it – just chill out. Calm down’.”

Elsewhere in the interview the star, who is famously private about her love life, shot down rumours that she is dating actor Jack Lowden, her co-star in Mary Queen of Scots.

“Noooo,” she said. When asked again by the reporter, who quipped, “I’m not allowed to ask you or you’re not going out with him?”, she replied: “Just no.”

Posted by mediaadmin at 1:36 AM