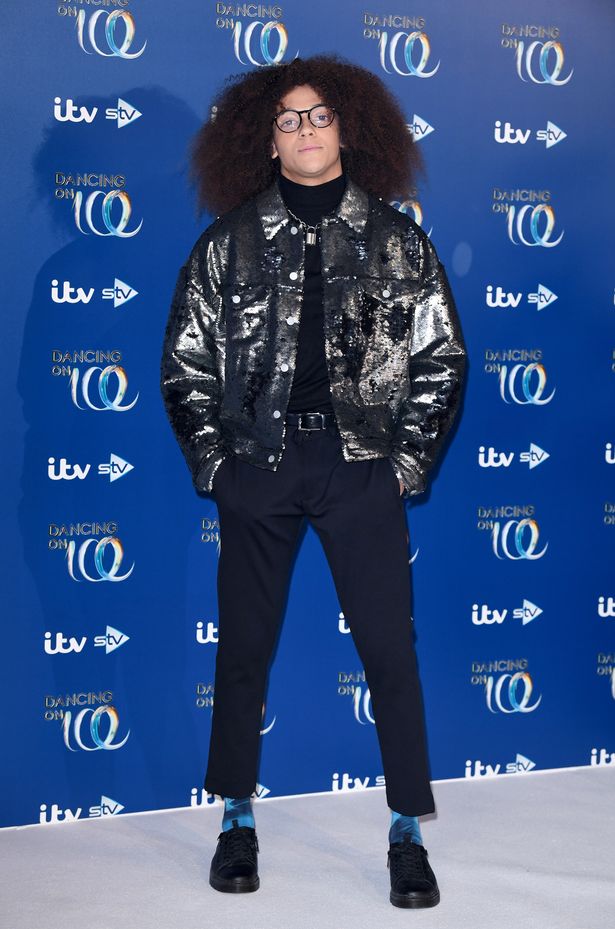 Dancing On Ice contestant Perri Kiely has revealed that his background as a professional dancer is not an advantage in the competition.

Street dancer Perri, 23, won Britain’s Got Talent alongside dance troupe Diversity in 2008 after pipping Susan Boyle to the post in the tense final of the third series of the ITV talent show.

Despite going on to show off their slick stunts and mesmerising moves across the globe, Perri has insisted that grooving on ice is a different kettle of fish.

"I haven’t been able to ice skate since winning Britain’s Got Talent in case of injury.

"When I was younger I have always been someone who could stand up on the ice but this training is a whole new board game."

He continued: "I’m struggling but it’s been good fun.

"The guy training me is like I thought I had this easy and now he’s looking at like 'can we have someone else?'

Perri has been paired with professional figure skater Vannessa Bauer who won the show with X Factor hunk Jake Quickenden in 2018.

The former Celebs Go Dating star has said it’s all friendly backstage at the moment but assumes it’s just the calm before the storm.

He said: "The boot camp we had together was really nice because everyone is getting on and pushing each other.

"The competition hasn’t started yet. I’m guessing when it starts that is it." Fans of Diversity are used to seeing Perri thrown in the air and he’s admitted that it is going to be weird being the one doing the lifting this time around.

"I’m really scared about throwing people around because people are usually throwing me around for a living so I’m not used to it," he said.

"Those sessions are going to be interesting."

Speaking about the same-sex skating partnership, Perri said: "I think it’s wicked. I was talking about it the other day and I was like finally.

"Im happy that I’m on the show where they’ve decided to do it first and H is wicked."

Perri won’t be the only Diversity troupe member appearing on the "greatest show on ice," as pal Ashley Banjo will be back offering his expertise on the ice panel alongside Olympic champions Jayne Torvill and Christopher Dean and newcomer John Barrowman.

Hosts Phillip Schofield and Holly Willoughby will also be back to keep a watchful eye on proceedings.

Fans will have to wait and see if Perri and Vanessa have what it makes to become Dancing On Ice champions.

Dancing On Ice returns to ITV on Sunday January 5

Posted by mediaadmin at 4:42 AM