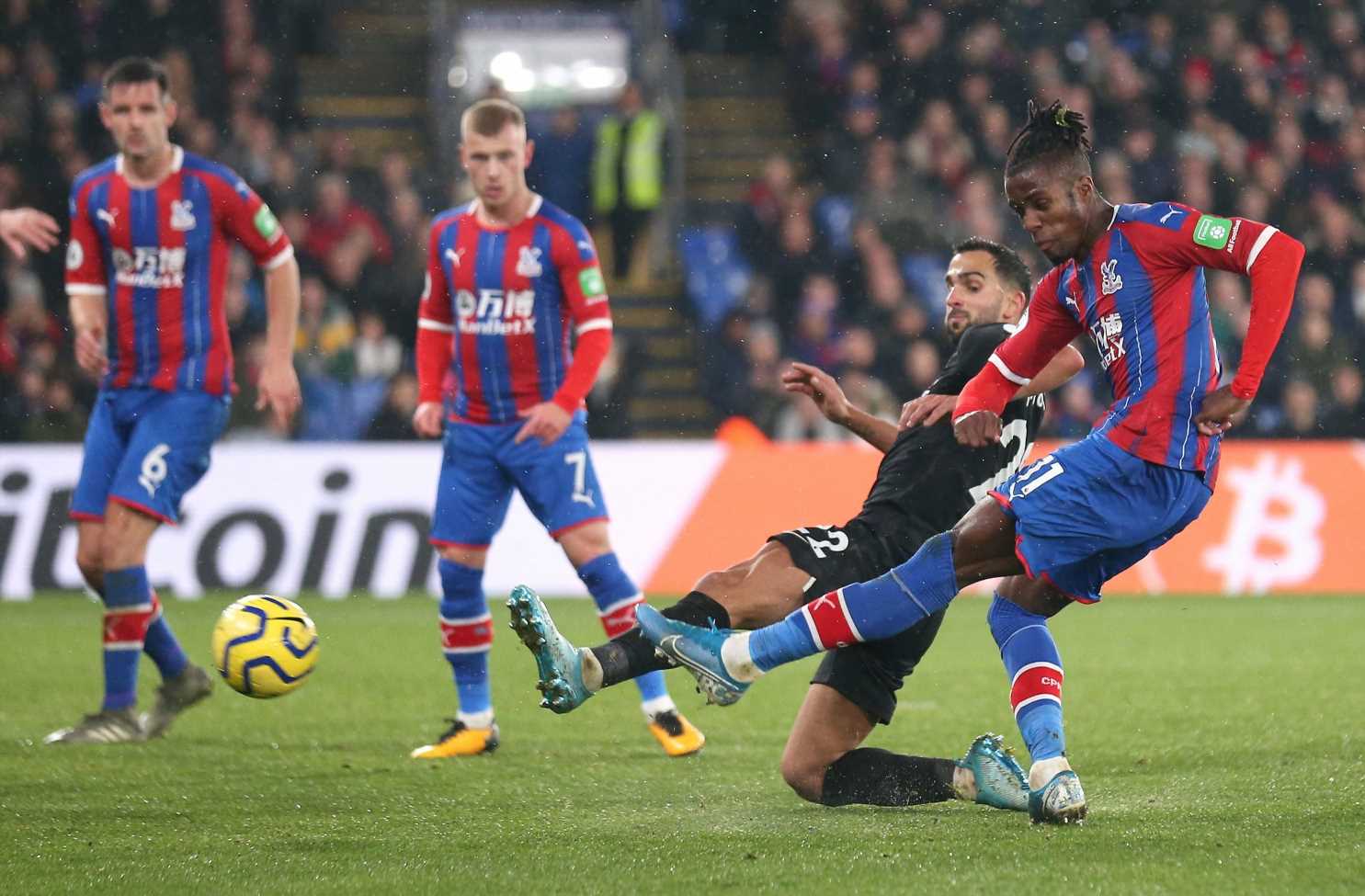 The veteran Eagles boss might not quite be old to receive a telegram from the Queen, but he must have felt every one of his 72 years as he watched his team struggling to cope with the bitter rivals from the other end of the M23. 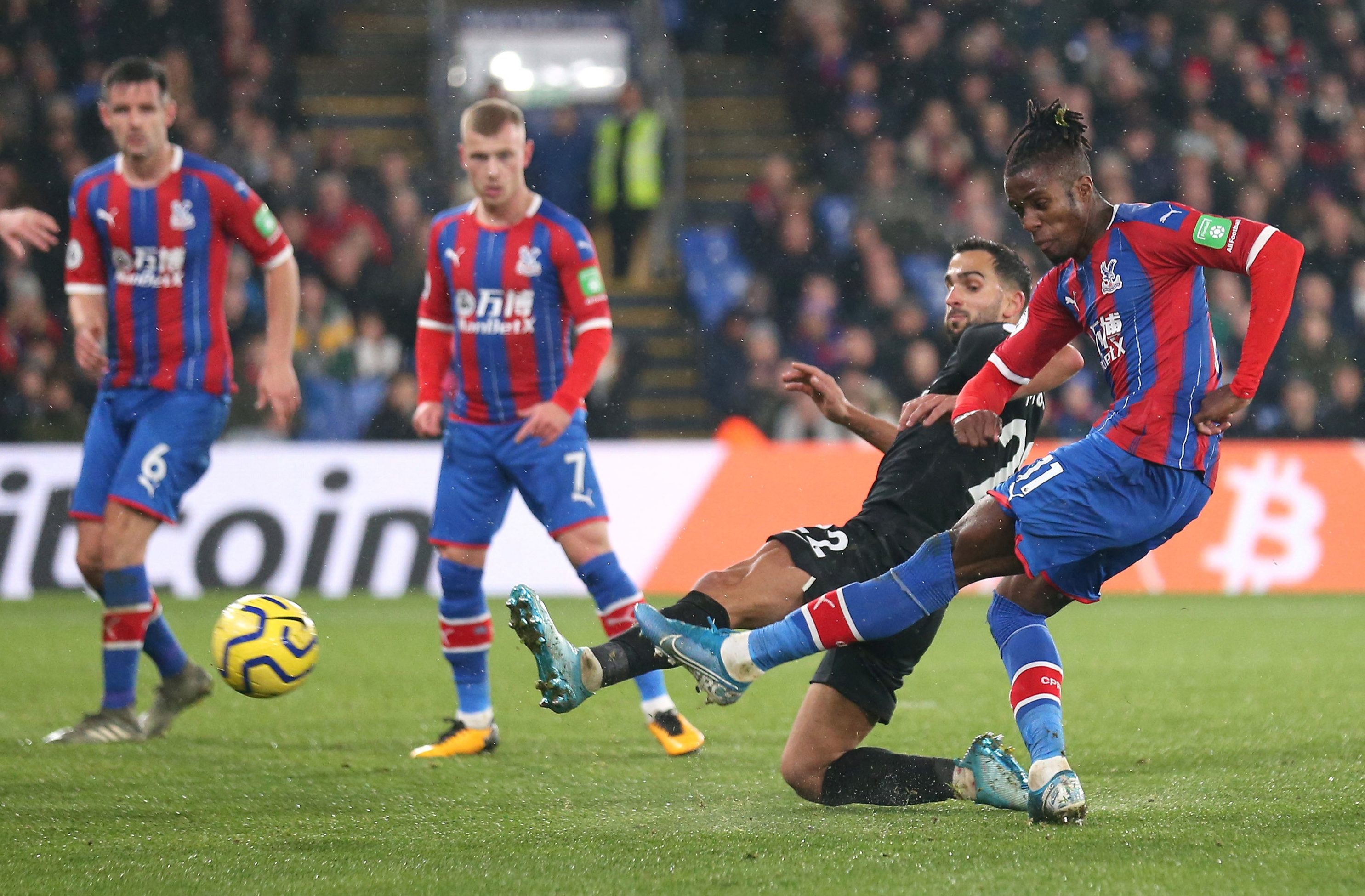 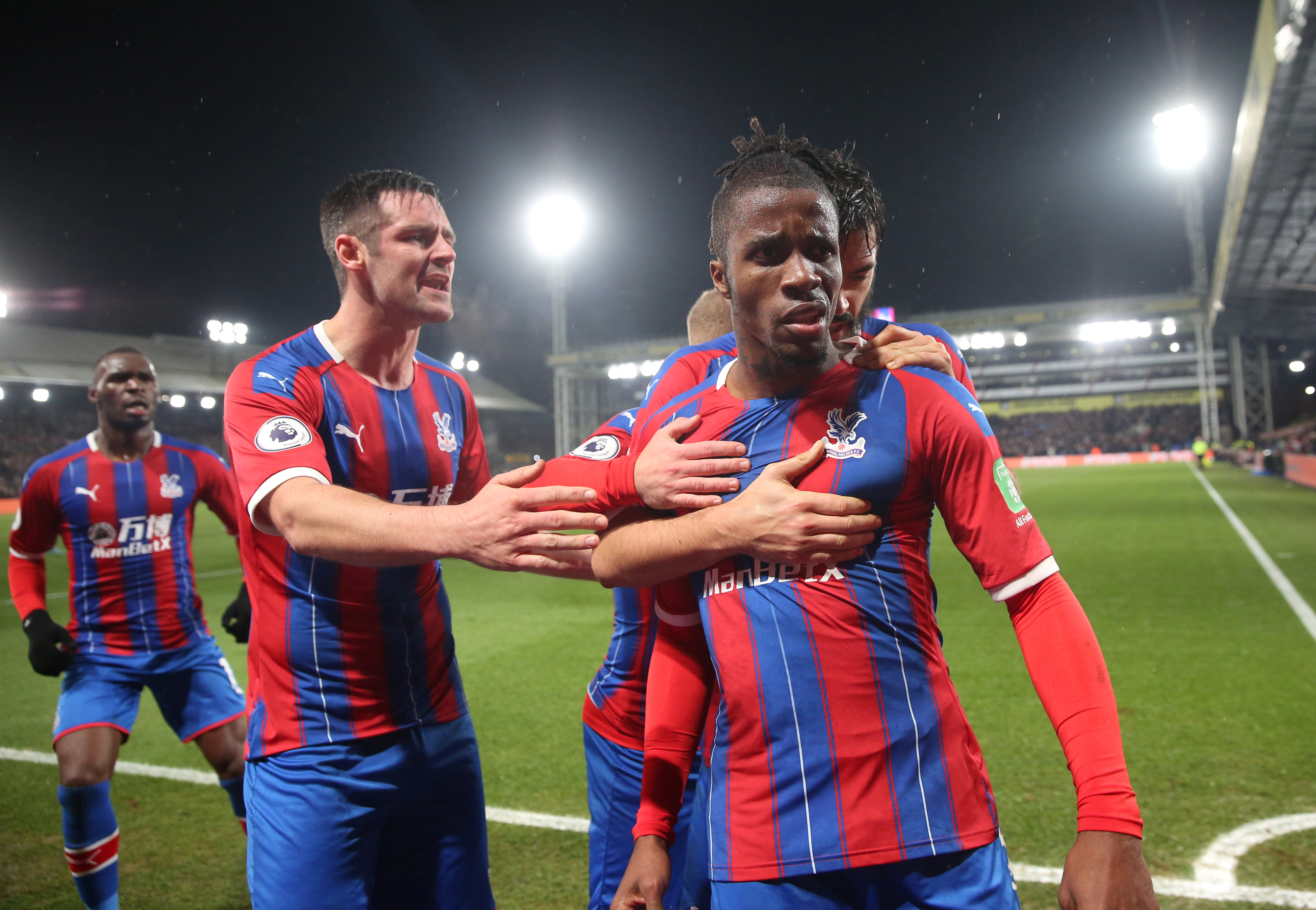 But just when it looked as though his 100th Palace match in charge was going to end in tears, Zaha’s conjured up a 76th-minute equaliser out of nowhere to break Brighton hearts.

Now Hodgson will approach the opening of the January transfer window with renewed trepidation as the speculation surrounding his mercurial star continues to gather pace.

Zaha has only just got his act together after being unsettled by summer offers from Arsenal and Everton.

Now he faces having his head turned again by interest from Chelsea as they look for a left-wing replacement for Eden Hazard.

And that is the last thing Hodgson needs as he seeks to find a solution to his own attacking problems.

Only bottom of the table Watford have scored fewer Premier League goals than Palace this season and there was little to suggest that is about to change any time soon.

Hodgson named three forwards in his starting line-up yet they still only managed two touches in the Brighton penalty area during a dismal first 45 minutes.

Christian Benteke watched punt after punt sailing over his head while Zaha and Jordan Ayew were virtual spectators as Brighton totally dominated play.

All the threat was coming from the visitors, who thought they could have had a 20th-minute penalty when Jairo Riedewald appeared to catch Martin Montaya as the full-back stretched to get off a shot.

But after what seemed an eternity waiting for VAR to deliver its verdict, referee Craig Pawson eventually awarded a corner following Vicente Guiata’s sprawling save to keep out Montoya’s low effort. 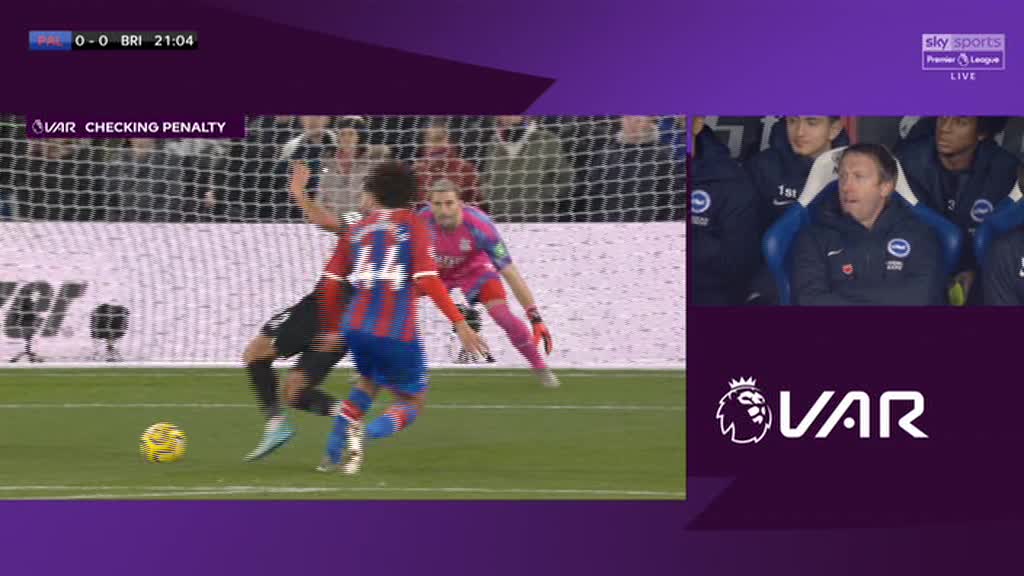 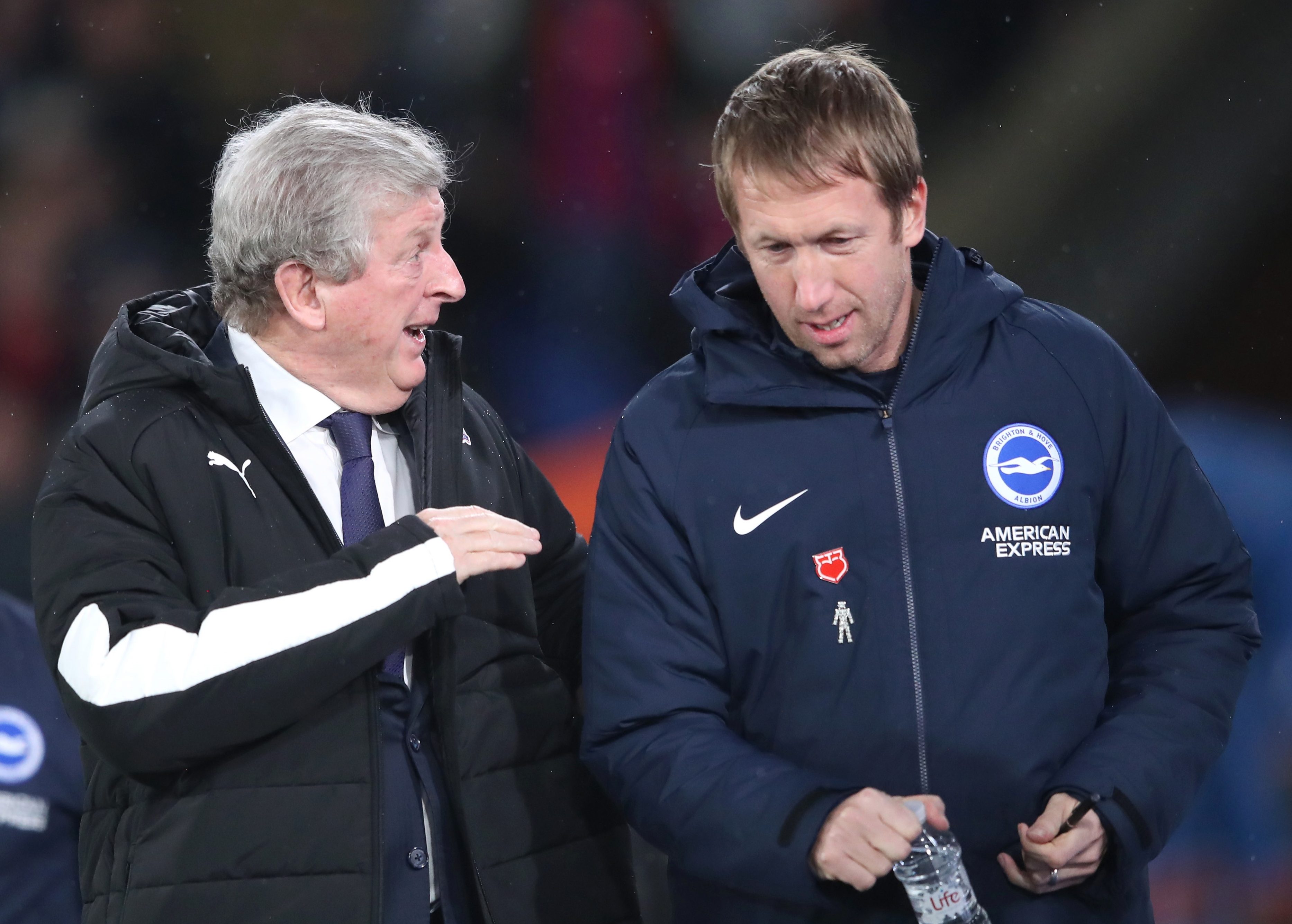 The Palace keeper was constantly on his toes to deal with long-range efforts from Pascal Gross and Yves Bissouma and a powerful header from Brighton skipper Lewis Dunk.

It was grim watching for the sell-out crowd who were surely entitled to expect better than this from two such supposedly bitter rivals.

Zaha briefly threatened to bring some passion into proceedings when he reacted angrily to Davy Propper’s industrial challenge and kicked his assailant’s legs away.

That was enough to spark some touchline verbals with Seagulls boss Graham Potter, who clearly wasn’t impressed with the winger’s antics.

Palace chairman Steve Parish has actually written to the Premier League to complain about the number of times his star player has been fouled this season.

But sometimes Zaha doesn’t help himself and having reached half-time without managing a single shot of any description, it seemed that the only way Palace were going to score would be by accident.

And that was very nearly the case in the 50th minute when Benteke’s overhit cross sailed over the head of keeper Mat Ryan and smacked the top of the far post.

But if Palace thought that things were about to turn in their favour, they were quickly brought back to reality by Maupay’s seventh goal of the season.

Bissouma’s crossfield pass was met with a first time cross by Leandro Trossard for Maupay to control with his first touch then lash beyond Guaita with his second.

It was no more than the visitors deserved for their bold approach and they almost doubled their lead four minutes later when Guiata fumbled Propper’s chip at Maupay’s feet but managed to block the follow-up shot on the line.

And that failure to put the game to bed came back to bite them with a quarter of an hour to go when Martin Kelly’s long pass was flicked on by James Tomkins for Zaha to cut inside and then outside Montoya and unleash a left-foot thunderbolt into the top corner. 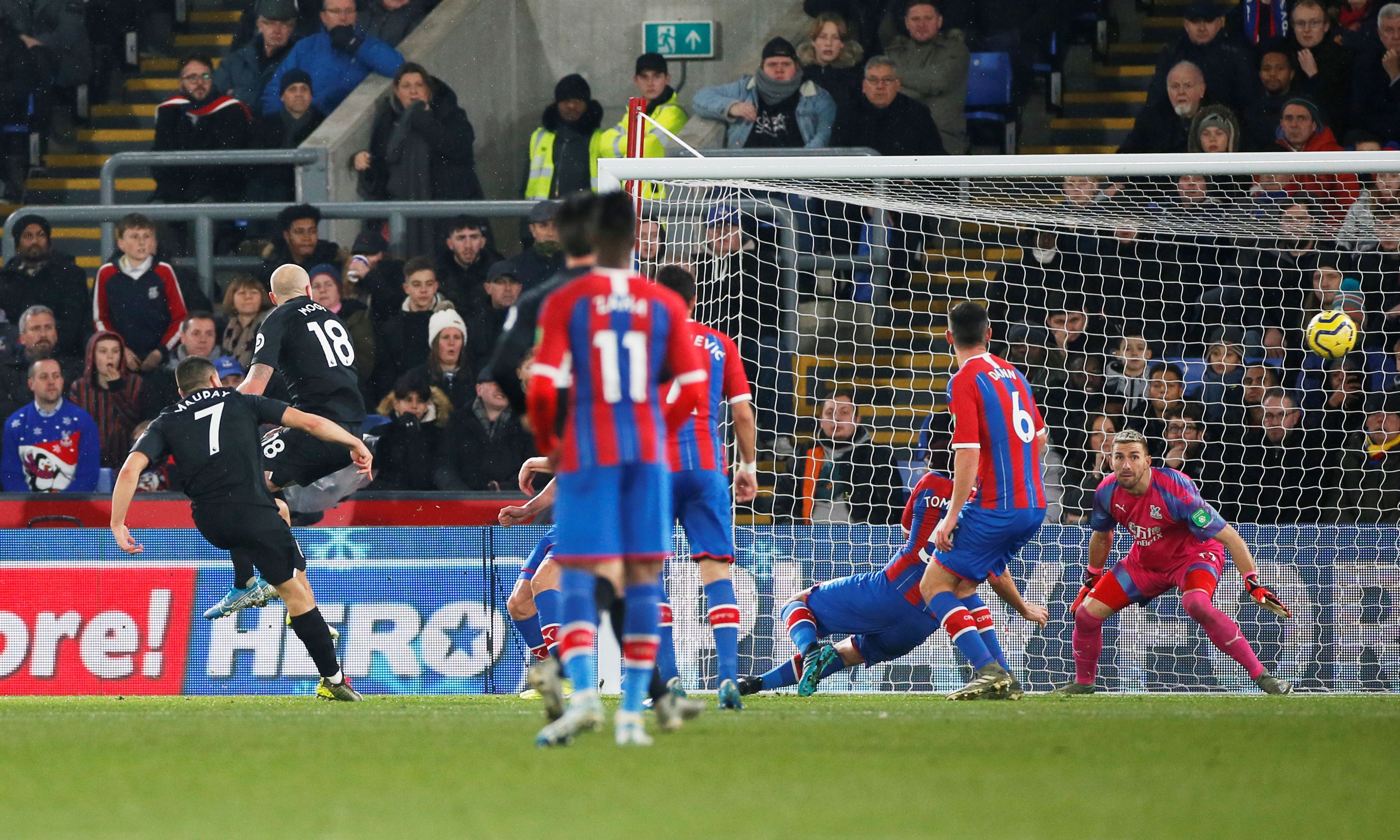 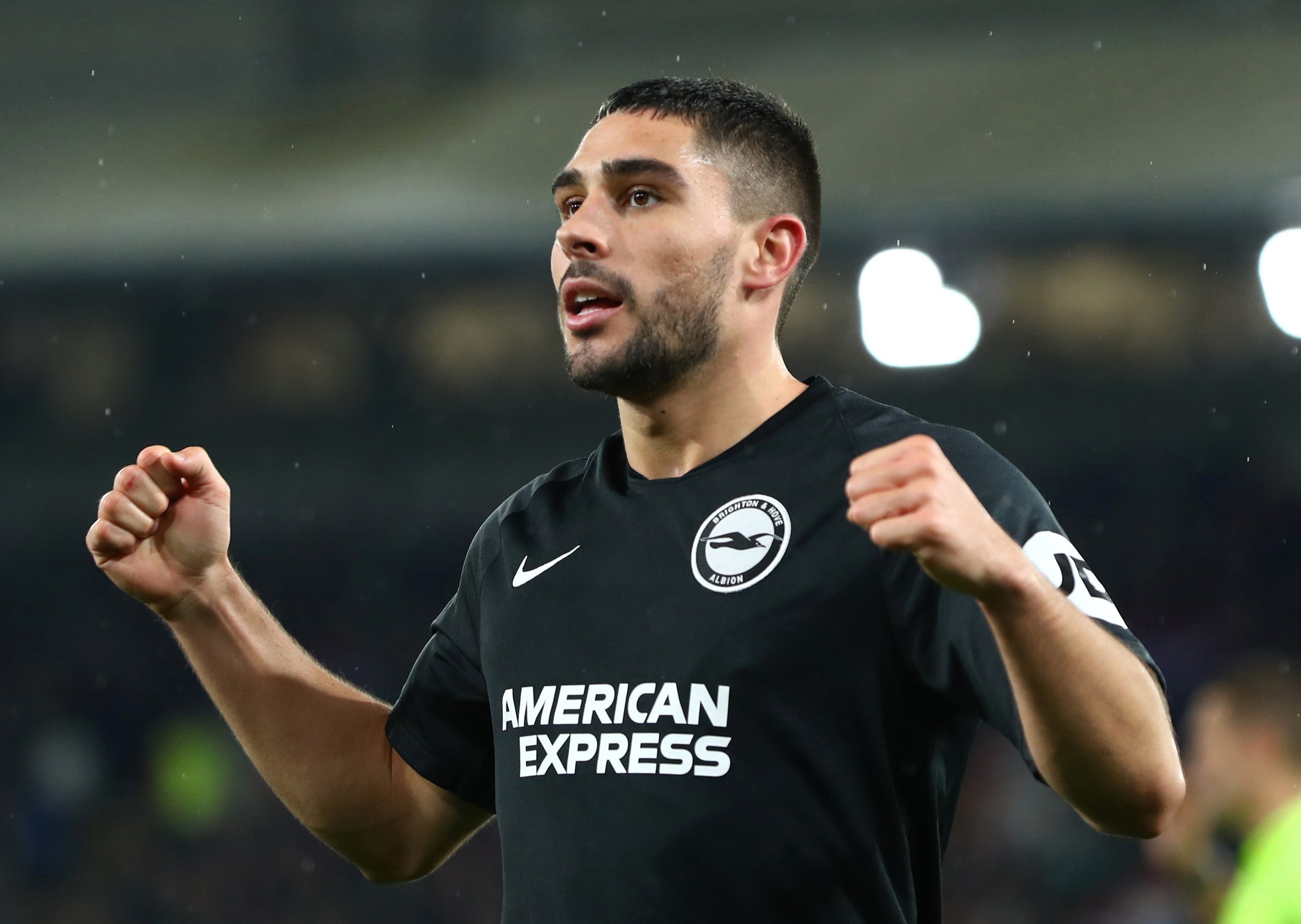 Posted by mediaadmin at 3:08 PM